Why the way we test product concepts has to change

Home / Why the way we test product concepts has to change

The principles and approaches to product concept testing has pretty much remained unchanged for the last 20 years. The success rate of new product launches has stayed pretty static too.

“With 80% to 90% of new products disappearing from store shelves within a year, the success rates of launches have virtually stayed unchanged for the past 30 years.” IRI President Bob Tomei of Consumer & Shopper Insights

The products pictured above all no longer exist. Despite all of them having been through varying levels of consumer research, either qualitative, quantitative (or a mixture of both), they have been withdrawn. We believe that there are serious flaws to conventional product concept testing and a definite correlation between how product concepts are tested and the high rate of failure of NPD.

We’re not the only ones to have made the link. Nearly every single one of our clients has realised there is a problem in this part of the NPD process and they are currently exploring new ways and approaches, either quantitative or qualitative, to find a solution that works.

So what is going wrong? Where does there need to be a change in attitudes and processes? Here are the issues we have identified and suggested solutions:

Issue: Companies expect to be able to get a read on the viability of a product idea too quickly and easily – whether that is using an online tool, focus groups or other methodologies. Successful innovations do not tend to happen in a smooth linear way – it is very rare for an idea to be spot on straight away.

Solution: There needs to be a process of learning and refining. We have often had a product idea initially slated by consumers because they don’t agree with the benefits or usage detailed. However, if the idea is shown in a different way, or consumers are allowed to play around to see how they can make it work, a totally new angle opens up. The same can be true of a product idea that they initially liked, but then became less attractive as they worked through all the implications and alternatives. Also objections and negative reactions are a good thing, and should be used to reinvent or refine product ideas.

Issue: It is quite common for concept testing to occur when it’s too late to do anything about it – when the business case has already been built, the product design and development completed and incorporated into the company’s projections. In these instances, everything is reliant on whether the right product communications can be found.

Solution: By far the most valuable time to have consumer involvement in product development is when the product idea is embryonic, during Stage 0 or Stage 1 of the NPD stage gate process. This is because there is little internal commitment and buy-in at this stage. However, there is one key principle that needs to be adhered to if this approach is adopted.

It is vital that consumers are given the scope to mould the whole concept – from the name to the structural packaging, the product descriptor and claims – and are not just being shown the product itself. They need to see, play and stretch the possibilities of all elements to be able to create a well thought through product concept and truly add value. For example, often consumers will change their minds on their first preferred name once they have built a whole concept as they realise that what they initially liked doesn’t work or fit. If you work in this pre-emptive way you will be able to identify the key success factors early on and ensure the product idea is given the best chance of success.

Issue: The product concept is often too tightly defined prior to bouncing it off consumers. Internal teams have often already decided what the product’s key benefits are and the reason to believe (maybe with some slight variations) before they have introduced the idea to consumers. Time and time again we find that what companies think are the real product benefits and reasons to believe for a new product idea are in fact totally different to what the consumer sees. This is because the internal team often perceives the marketplace in a very narrow, microscopic way and often can’t see the wood for the trees. Researchers and consumers are not given the room to manoeuvre and their thinking is immediately constrained.

Issue: We know from years of experimenting with lots of different stimulus material that the standard way, as illustrated below, is one of the worst ways to engage consumers with a new idea.

When you present a new product idea to a consumer you want them to feel excited, to see the product’s possibilities and to want to maximise its potential. Instead, this kind of stimulus consumers find boring, patronising, limiting and it makes them very cynical. Exactly the kind of mood you don’t want them to be in. People naturally tend to be skeptical of new ideas and occasionally be hostile to them. So stimulus material has to take this into account and be thoughtfully designed to really engage and relax the consumer.

Solution: Stimulus is the key tool to help consumers understand the product idea, yet it receives proportionately very little investment. And the research can only ever be as good as the quality of the stimulus input. Our biggest advice would be to get visual. Research has shown that visuals speed up, expand and deepen understanding. See the two descriptions below. 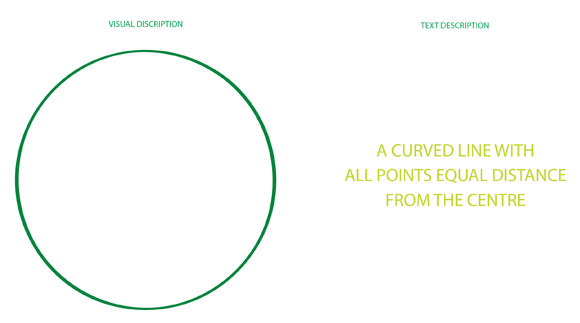 In fact, expressing ideas in a visual manner is vital for any total new or technical product ideas. They are also far more interesting and engaging to consumers than any written description. And they help the consumer visualise the possibilities of what could be. So just to really make you question how different stimulus material can be – we have developed a unique approach. This is using a very different kind of stimulus consisting of between 30 – 60 pieces at a time; where every piece is designed to ask just one single minded question. We have also been working with a number of clients to develop more effective visual based stimulus for online quantitative product concept research.

Issue: If you describe concept testing, you’d probably say that it is practiced rather naively: a couple of focus groups are assembled, read a simple description of the concept and are asked for their reactions. Or a simple line of copy (with or without an image) is considered for 20 seconds to maybe a minute on a computer screen. If you described this process to a lay person they would not believe that this is how new product concepts are given the ‘go’ or ‘no go’.

Solution: Consumers should be far more involved and allowed to get their hands dirty. It seems that co-creation is most often used to come up with potential product ideas, but it is less commonly used to develop and refine concept ideas. However this is how consumers can add the most value. By bringing them into the development team you will see hidden angles and uncover issues long before any form of launch plan is conceived. This way, consumers become a collaborator, a knowledge resource and of course an integral part of a successful product launch. You can still undertake your BASES or some other quantitative scoring process at the required time, but with the knowledge that the chances of the idea sailing through will be greatly increased.

At present, product concept research has a number of innate flaws. And it’s these that have resulted in it being an effective way to kill good ideas and promoting comfortable, non-challenging ideas. So the weaknesses that need to be addressed are:

How many really good product ideas have met an early grave, had false starts, been wrongly positioned, given uncompelling claims or even sold to the wrong people over the past 20 or so years? It seems that the tide is turning and many organisations are already questioning the whole product concept research process so let’s hope the pace of change is quick.