Visualising and prototyping – the secret to successful innovation

Home / Visualising and prototyping - the secret to successful innovation

If you want to innovate quickly and cheaply – ensuring a highly successful product launch – then visualising and prototyping is the only way to go. It has been proven by numerous studies and case histories that most entrepreneurs and inventors use the process of prototyping or visualising their ideas to innovate. And it really should be a vital part of your innovation process too.

Entrepreneurs and inventors undertake experiments – using trial and error, and taking little bets on unknowns. They learn ‘on the job’ and start work before they have all the answers. They use an evolutionary approach, learning as they go – rather than deciding the solution and then working out how to get there.

Take Google, for example. They experiment with new ideas all the time. So far in 2011 their big launches have been Google Offers and Google ‘Me on the Web’. Sometimes ideas are successful, really successful – like Adwords. And sometimes they are not – anyone remember Google Answers (2002-2006)? Either way, Google’s whole culture revolves around prototyping.

At Google, employees are positively encouraged to go ahead and develop their ideas through prototypes. They are used to get people excited internally about an idea and to create ‘flocking’ – encouraging the best resources to work on your project. ‘Googlers’ initially have to work through the bugs and barriers themselves by testing out ideas on friends and family. This would not be possible without prototyping and visualising.

Starbucks is another company that has embraced the principles of prototyping. In fact, originally Howard Schultz modeled his stores on the coffee houses he encountered in Italy. But over time The Starbucks Experience has been tweaked for an American audience. He has got rid of the baristas’ bow ties, the Italian menus and the permanent opera music. And in have come comfortable chairs, the relaxed atmosphere, etc.

So what are the key visualising and prototyping principles that all these dynamic innovators use?

Procter & Gamble (P&G) adopted these principles as far back as the early 2000s. In the 80s and 90s P&G was known for its careful planning and for being risk adverse. Here is an extract of an interview with P&G’s Chris Thoen, Managing Director of Global Open Innovation:

“P&G has certainly had a mindset of being perfectionists. For a long time, we weren’t very comfortable doing that (prototyping) because it comes back to perfection: When we interact with consumers, it needed to be totally done. One of the biggest problems with unhealthy perfectionism is that so much time can pass before actually doing anything.”

‘Failing to learn fast’ or ‘failing forward’ is a key Silcone Valley operating principle. It can be applied not only to NPD but also brand positioning, brand design and advertising. It doesn’t have to be a ‘thing’ i.e. a product or service but any part of the communication mix.

At Reach we are keen advocates of these principles. Here are the reasons and benefits for taking a visualising/prototyping approach to ideas and concepts: 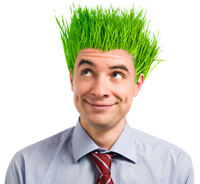 Kicking off an ideation or problem solving session is always the hardest point. Sometimes the brain won’t kick into gear or there just don’t seem to be any possible avenues. It’s the equivalent of writer’s block. However, starting to play, draw and build, kick starts the brain and oils the cogs for ideas to flow.

“For the things we have to learn before we can do them, we learn by doing them.” – Aristotle

Doing makes people think. As soon as we take an idea and start to visualise or build it, the brain starts to see issues that need resolving – or different angles that could be taken. Often in NPD workshops, clients that were either passionate or disinterested in an idea change their minds as it starts to be quickly worked up and brought to life. 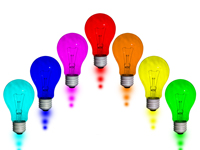 In a room of eight people there could be two people who understand what the other is suggesting or describing (or they think they do). However, the minute an idea begins to be visualised or materialises, the whole group gets it and can start to contribute. An idea that is worked on by eight brains is going to be better than one developed by just two. Visuals and prototypes create a common frame of reference and understanding amongst everyone, including consumers. 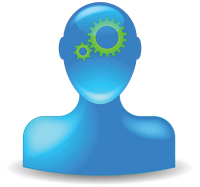 When you show consumers ideas that are refined and look good, there is reticence to take them apart and criticise. However, if you show them something that is rough or at the workings stage, consumers think that ‘these people obviously need my help’. So they roll up their sleeves and get stuck in.

Designed and moderated in the right way, consumers feel that it is play or a game. They are so relaxed that insights come rolling out naturally and subconsciously – rather than being eked out of consumers through their rational and logical left-brain. 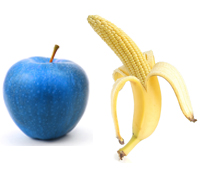 People don’t like change. They go through a process of denial, anger, bargaining, sadness and then acceptance (or pretending to). On top of this we tend to exhibit strong “loss aversion” – where we are twice as likely to seek to avoid losses as we are to acquire gains. It’s not in our nature to want to adopt new ideas and concepts. Prototyping helps to counteract our default position in two ways. Firstly it helps to show there that could be lots of various solutions. So colleagues and consumers feel they can affect the change and it is not going to be imposed on them. Secondly when people are ‘playing’ the rationale or ‘stick in the mud’ mindset evaporates.

Often it’s not clear what part of a product or idea is working – or not. If an idea is given to a person to assess in ‘one lump’ it’s very difficult to identify what elements are performing what role, and how this is impacting on other elements. Visualising and prototyping the various elements clarifies the role and appeal of all the components, so that they can all be made to work at their best e.g. colour, shape, closure, name, taste, grip, reason to believe etc. 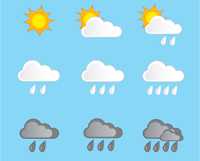 The world is so complex nowadays that it’s impossible to predict or know all the variables on any given problem. A prehistoric caveman had an estimated 22 tools. A New York Starbucks purchases over 1000 SKUs for any one store. It’s not just the complexity but the sheer pace of change that means information is often out of date by the time you have acted on it. Prototyping means that not only do you learn fast, but you are also testing, eliminating or identifying the key variables as you develop and hone your idea. It cuts down the level of risk involved and reduces the complexity of a problem.

Ideas and concepts can be presented – at very early stages – to senior management. This enables the quick and easy understanding of problems and issues by everyone. Senior people can be taken on a journey of learning and experimentation with you and it gives them the chance to introduce their own ideas and theories that can be tested along the way. Visualising and prototyping avoids wasting months of time and money on creating a beautiful and finalised idea that then can be rejected.

As concepts and ideas are presented in a rough format, and are obviously experimental, people do not have a lot of emotional attachment as they have not invested lots of time in creating ‘their baby’. This means that it makes it far easier for an organisation to change course as new information comes to light. It avoids the common scenario of investing so many resources in to an idea – that a company becomes determined to launch it, no matter what.
When undertaking any form of idea generation or problem solving, visualisation and prototyping or “create>test>find bugs>learn>redesign” is the way to cheap, fast and successful innovation. The only thing stopping people is a change of mindset. If you can get your head around these three principles you are off to a good start:

And finally, prototyping and visualisation is fun too. So, enjoy.