Like many other terms that have become buzzwords over the years, some people’s understanding of the meaning and possibilities of co-creation still aren’t crystal clear. Type it into Google and your web search will probably ping you a bunch of articles describing it with examples like threadless.com, Converse Gallery and Netflix. Oddly, these are the very same examples used elsewhere to define that other popular form of consumer collaboration: crowdsourcing. (And yes, I’m talking to you, Wikipedia!)

Now, while there’s a bit of overlap between co-creation and crowdsourcing. What makes co-creation different is that it’s a two-way street, getting companies and consumers to actively collaborate in the evolution of new or existing brands and products. It seeks to tap into consumers’ skills and knowledge early on in the development process, whereas crowdsourcing, broadly speaking, involves a company asking customers to help it solve a pre-defined issue.

Another difference is that consumers who work on co-creation projects will be cherry-picked not only for their attitudes and background, but also for their creative flair and problem solving abilities. This gives the process a more qualitative feel than crowdsourcing, which, given that it often involves open calls for solutions from the general public, and, as its name suggests, the engagement of large groups of consumers, can seem a bit quantitative at times. This difference is nicely summed up by Yannig Roth from the University of Paris who says that crowdsourcing is “global, fast, diverse” whereas co-creation is “focused and deep”. 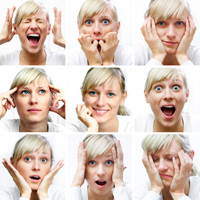 While online co-creation might try to generate, develop and evaluate ideas, and can access larger groups of consumers, research shows that 70% of all human communication comes via physical triggers like body language, facial expression and tone of voice. Since you can’t see these signals over the Internet, it doesn’t take a brain surgeon to tell you that with online co-creation most of what a consumer has to tell you is simply lost in the ether.

If you co-create offline on the other hand, actually in the same room as your consumers, you can gauge the meaning of a look or a smile and sensitively unpack it, drilling down into a person’s complex emotional responses to find out how they really feel. This deeper understanding of a person’s thoughts and feelings creates trust and releases creativity. It exposes the way people actually think and the assumptions they’ve rightly or wrongly made about a subject, revealing truly deep insights.

2. It’s faster in the real world than online

Working co-creatively with consumers in a face-to-face environment also makes things happen faster. Solutions are sought and found quickly, without the long delays of waiting for online responses. Consumers learn faster too, so that the solutions that end up being built are actually very doable and practical. 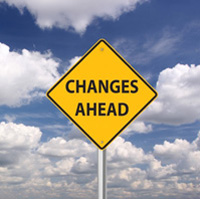 3. Can challenge the fear of change

As Robert Kennedy once said, “25% of people are against everything, all the time.” And it’s no different when working with consumers on potential market leading innovations. People don’t like change and often find it difficult to see the future benefits of a product idea. Working offline enables lots of gamification, visualisation of ideas and phototyping to create scenarios for a number of possible futures. This opens up consumers’ minds to what could be and it enables them to more easily envision a different kind of future. 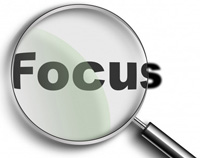 Co-creation is often crowbarred into focus groups, with attendees asked to do exercises like draw their dream hotel room. Trying to do proper co-creation in such large groups though is like banging your head against a brick wall.

Any facilitator can tell you about umpteen focus groups they’ve been in where the atmosphere quickly descends into that of the political debate down the pub. Typically the one or two who shout loudest influence everyone’s opinion and most people feel too self-conscious to ideate, brainstorm, or even discuss an issue honestly. It’s also common for groups to veer off on some random tangent while the facilitator tries desperately to get them back on track.

Instead of this all-in wrestling match, offline co-creation sessions should take people one or two at a time, pairing them with a facilitator for up to three hours. There are several advantages to this face-to-face, one-to-one approach that allow people to work together towards a clear solution.

Whether it’s mood boards or written brand and product propositions, companies can sometimes focus on putting forward a solution that’s complete and nicely packaged up. Clients often spend hours on a single word or days refining a concept. This is not what will get people’s creative juices flowing. Consumers find paragraphs of description with a visual of the product idea way too dull and rigid to be inspiring. It also does not give them permission to criticise, propose alternative solutions or to encourage them to think deeply about the matter at hand.

It’s best to keep the stimulus in a co-creation session basic, simple and easy to understand. By breaking down questions into smaller queries and ensuring that each visual only investigates one variable rather than an entire concept, consumers can process a vast amount of information. This may mean that you have quite a lot of stimulus – as much as 40 to 80 pieces. However, none of it needs to be fancy and slick. In fact, quite basic stimulus gives consumers permission to improve upon ideas and make them better. This would be very difficult, if not impossible, to manage online. 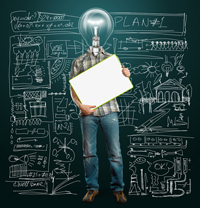 6. Give brains the freedom they need

Consumers and facilitators have be free to play around with ideas, able to tear them down and put them back together like a set of children’s building blocks, or throw an idea away completely. It’s this kind of flexibility that’ll allows the co-creation process to really work and produce plenty of original, quality ideas.

Offline co-creation allows you this flexibility. For instance, with online co-creation it might take a while for it to become clear that you’re asking the wrong questions, or at least not asking them in the right way. Being in the same room as someone though, it’s quickly as plain as the nose on your face when the questions you’ve walked in with just aren’t getting to the heart of the matter, or are clearly just irrelevant.

Face-to-face co-creation avoids consumers’ genuine responses getting lost in the distance created by the Internet, or in the sea of opinion bandied around in a focus group. It provides a flexibility that means you can rework questions on the spot to address any surprising triggers shown by someone’s body language, tone of voice or attitude.

This room to manoeuvre means the facilitator and consumer can let the discussion off the leash, allowing it to go wherever it needs to and letting the consumer change their mind as they learn and process information. If your aim is to create innovative solutions that were previously unthought of then this loose leash is vital.

At the end of the day

John Williams, lecturer in Marketing at the University of Otago, put it in a recent article on co-creation for The Guardian: “It works because even the greatest creative rarely knows the complete answer – usually they know part of it or have a hunch. Someone somewhere probably knows another part of the solution, and so on, until a complete picture appears. By collaborating, we get to the solution quicker, and often with more elegance.”

Companies need to admit that they don’t have all the answers and should be looking to consumers not only to help them define their problems or think up ideas, but also to help them create highly workable and innovative market leading solutions. The most powerful way to do this is by creating true, dynamic teamwork to generate the in-depth understanding required by both parties – something which is only possible face-to-face. The calibre of this type of collaboration exceeds anything enabled by even the most well set up online co-creation forum.